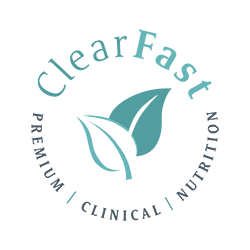 If you’re getting ready to go under the knife, you might find yourself privy to a number of medical terms that you haven’t before heard. (Enhanced recovery after surgery and preop carb loading and postoperative insulin resistance—oh my!) Today, then, we’re answering the question What is Postoperative Insulin Resistance (PIR)?, and, more importantly, breaking down why in the world you should care. Read on for all you need to know about PIR and how it can affect the safety of your surgery.

Before we can answer the question: What is Postoperative Insulin Resistance (PIR)?, it helps to understand what insulin is and why it’s so important. Essentially, insulin is a hormone that helps control the amount of sugar (or glucose) in your blood.

What is Postoperative Insulin Resistance (PIR)?

Insulin resistance occurs when the body’s normal relationship with insulin and glucose are thrown off balance or uncoupled. Essentially, insulin resistance happens when your body’s cells don’t react as they normally would to insulin. This means glucose can’t enter your cells as it typically does, leading glucose or sugar to build up in your blood. Postoperative insulin resistance, then, happens when this occurs as a result of surgery.

Why does postoperative insulin resistance happen with surgery?

Fasting before surgery has an effect on our body in a number of ways—but one that’s super important to understand is the effect it can have on your blood sugar. The old-school “no food or drink after midnight” rule can create a catabolic state that uncouples the relationship between insulin and glucose in your body. Why does this happen? Essentially, to compensate for the lack of energy brought on by fasting before surgery, your body uses it up its critical glycogen stores and then begins to breakdown fat and muscle as alternative energy sources. Insulin levels rise in response to rising glucose levels, but target cells (including muscle) fail to respond to it. Ultimately, this leads to postoperative insulin resistance in patients.

Why does it matter?

Now that we’ve answered the question What is Postoperative Insulin Resistance (PIR)?, let’s touch on why, exactly, you should care. Ultimately, when a patient is insulin-resistant after surgery, this can translate into hyperglycemia (or, in plain terms, high blood sugar). High blood sugar coupled with a fresh surgical incision create the perfect “sweet environment” for developing an infection (essentially, high blood sugar and an open surgical wound invite microbial colonization).

What can I do to decrease my risk of PIR?

Rather than fasting from midnight, fluid fasting with the ClearFast preop drink can protect critical glycogen stores in the immediate preop window and stabilize blood sugars—ultimately reducing your risk of high blood sugar and any associated surgical-wound infection as a result. According to an article published in Annals of the Royal College of Surgeons of England, “Surgical stress in the presence of fasting worsens the catabolic state, causes insulin resistance and may delay recovery…Preoperative carbohydrate drinks significantly improved insulin resistance.” Ultimately, there’s a wide array of international medical literature that supports a relationship between preop carbohydrate loading with a presurgery drink and the prolonged reduction (up to 50% in fact) of developing postoperative insulin resistance. In other words, feeding your body with the right preop drink before surgery is one simple way you can make sure you don’t develop high blood sugar—and a surgical wound infection—as a result of going under in a starved state.

If you’re ready to wake up from anesthesia feeling strong and uninhibited by a surgical infection, you can order your ClearFast Presurgery Drink here. And, as always, don’t hesitate to reach out to the ClearFast team at support@drinkcf.com if you have any questions at all. We’re always here and happy to help!

Menu
Print It Email Me