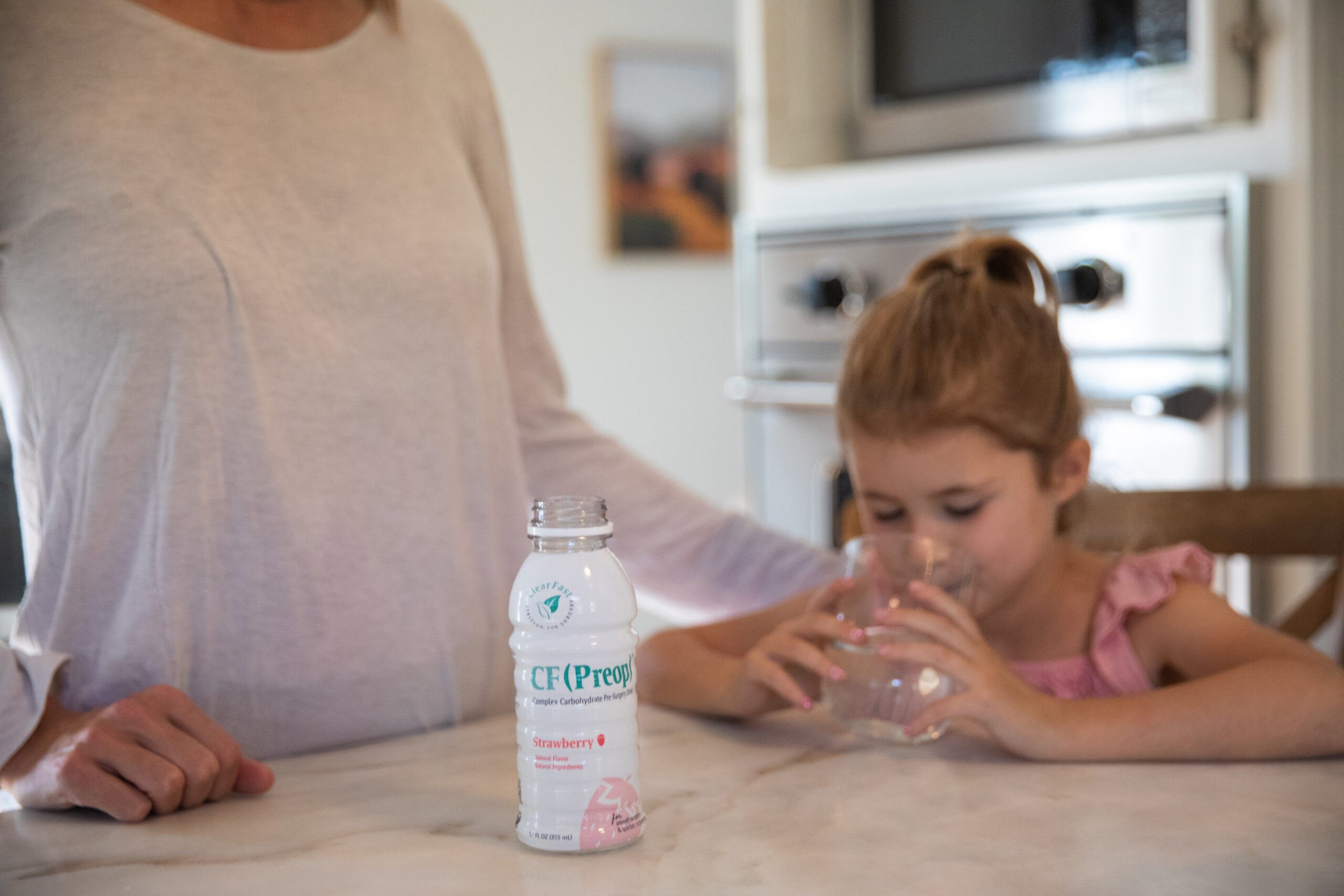 Is CF(Preop)® safe before surgery?

Yes, CF(Preop)® is safe before surgery. CF(Preop)® was designed to be a pre-surgical drink. When you order CF(Preop)® you will be sent two bottles. One to be taken the night before your procedure, and one to be taken up to two hours prior to your surgery.

Since 1999 (and republished in 2011 & 2017) the American Society of Anesthesiologists guidelines on preoperative fasting have dictated that it is safe for healthy patients to have clear liquids up to 2 hours before surgery.

Click here to see the latest guidelines from the American Society for Anesthesiologists.

Why was NPO even started?

Before Enhanced Recovery After Surgery (ERAS®) protocols were discovered, the traditional approach was to fast after midnight prior to surgery to decrease the risk for aspiration. In the 1990’s, evidence-based research suggested that this was not necessary. Furthermore, there are detrimental effects caused by this period of prolonged fasting. Prolonged fasting worsens the catabolic state, increases metabolic stress, hyperglycemia and insulin resistance. Furthermore, when the body is fasted for a prolonged time, glycogen stores are depleted which can lead to protein and muscle breakdown. Postoperative insulin resistance (PIR), a result of the stress response from surgery and further exaggerated with prolonged fasting, is directly related to delayed wound healing, increased morbidity/mortality and length of stay.

Why is CF(Preop)® consumed up to 2 hours before surgery?

If you or your patient have delayed gastric emptying due to an underlying condition,  CF(Preop)®  should be consumed 3-4 hours before the procedure.

How can I be sure that CF(Preop)® is out of my system in time?

What are the benefits of CF(Preop)®?

To enhance recovery after surgery, it is important to decrease PIR. Preoperative carbohydrate loading maximizes glycogen stores in the body as an energy source in order to minimize degeneration of body tissues and reduce insulin resistance. By changing the metabolic state, by shortening preoperative fasting (aka providing a complex carbohydrate 2-3 hours prior to surgery like CF(Preop)®, PIR will be decreased, protein loss will be reduced, and muscle function will improve. Additionally, preoperative carbohydrate loading increases patients comfort and reduces hunger, thirst, and anxiety, all decreasing stress entering surgery. In conclusion, consuming CF(Preop)®before your procedure is not only safe but also beneficial in your recovery outcomes.

Now you know everything you need to know about CF(Preop)® and why it is so important to consume before surgery.

Keep in touch for news, offers, and blog posts